Book provided by Netgalley in exchange for my honest review. 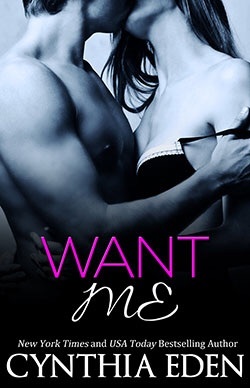 Synopsis: Sophie Sarantos has a weakness for dangerous men. She doesn’t like safe lovers—she likes men with a wild, rough edge. But Sophie may have attracted a lover who is too dangerous, even for her. Someone is stalking Sophie, slipping into her home, watching her day and night. The stranger seems to know all of Sophie’s darkest secrets, secrets that should never be revealed.
Out of options, Sophie turns to ex-solider Lex Jensen for protection. Lex is part owner of VJS Protection, Inc., and Sophie hires him as her bodyguard. She thinks Lex is one of the “good guys” out there, but she couldn’t be more wrong.
Lex has his own secrets. Dark, deadly secrets. And as his feelings for Sophie grow, Lex knows that he is going to have to stop pretending to be a gentleman and, instead, he’ll have to show Sophie who he really is. A man trained to kill. A man too used to evil. A man who will take any risk…as long as he can claim Sophie.
Because there is one thing that Lex wants in this world…one person he desires above all others…Sophie. And no one will hurt her, not on his watch.

Guys, I did it again. I hit request on a Cynthia Eden book on NetGalley. But what can I say I’m just an addict when it comes to her books. They are always fast-paced and drizzling with passion. It wasn’t different with Want Me.

Want Me told the story of Sophie and Lex, who we both met in the first part of the series in Watch Me.

Sophie is being stalked and hires Lex to protect her. But we all know, that protection isn’t the only thing she will get from Lex. Angry, frustrated sex is one of the other things and love, too.

Sophie was this independent lawyer who has some trust issues and only sleeps with a man once, so there will be no emotional connection between them. Some man breaks into her apartment in the middle of the night, but when Sophie told the police about it, no one believed her (no evidence), except for Lex.

Lex is part-owner of the security firm he runs with two of his friends, Chance (book #1) and Dev (book #3). He had a bad childhood, but he got over that. He was in the military, but except for the fact that he was Black Ops, we get not one piece of information about it.

Even though I liked Lex and Sophie, I was more interested in Ethan (Sophie’s best friend and suspect of book #1) and Dev. I loved Ethan’s relationship with Sophie. How they were both protecting each other for years, even though they both did not do anything wrong, but they thought they did.

Then there’s the bad guy. Sorry, but I saw that twist coming from a mile away. Too obvious. Or maybe I’m just used to “Cynthia Eden”- twists.

So I don’t know what else to say, because basically I always say the same when I review a Cynthia Eden book.

Oh, no, wait, I know what else I want to say. Something that’s bothering me since quite some time. Dear Ms Eden, why do you have to shoot at all of your heroes at the end of a book. Why do you have to make them to almost die? I just don’t know why you have to keep on doing this.

It’s nothing “special” about it if you do it every book and I’m kind of bored of this situation. Don’t do the same to Devlin, okay?

3 thoughts on “[Review] Want Me by Cynthia Eden”