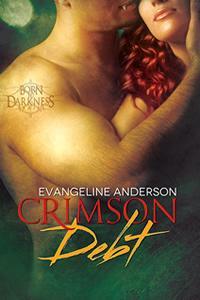 Addison Godwin is a Non-Glam—one of the one in ten thousand humans who is immune to vampire glamour and mind tricks. Her gift enables her to work as an Auditor, enforcing the law that vampires and humans keep their distance from each other except in a purely non-physical way. The law is necessary because when a vampire tries to have sex with a human their blood-lust combines with their sexual appetite and the result looks like road kill.

Alec Corbin is a Four Star Master Vampire with piercing blue eyes and intentions to get Addison into his bed. He promises he can be gentle but Addison has seen way too many vamp/human crime scenes to go for that. She has no interest in the six foot four hunk of sexy vampire man candy, even if he is supernaturally hot.

But just because she Audits (and sometimes executes) vampires for a living, doesn’t mean she hates them all. Her best friend, Taylor, was turned against her will. Now, living as a slave to one of the crueler Master vamps in town, she leads a miserable existence and Addison helpless to save her within the confines of the law.

Things come to a head when the Vampire Inquisitor comes to town and Taylor is given to him as a sex slave. When Addison sees her best friend tortured, beaten, and burned with silver she knows she has to do something—even if it means teaming up with Corbin and paying the Crimson Debt.

What is the first thing you think when you start a freebie? Probably something along the lines of “please, don’t make me regret this.” I, for my part, always think something like that.

But let’s face it, I did not regret hitting the buy button nor starting to read this book. In fact I just flew through the pages.

I really liked the writing style. Quick and easy to read, perfect for me ;).

Did you know that I really like stories about a supernatural being, in this case a vampire, who ends up with a hunter of his kind? I just love how the hunter gets corrupted and finds out that the evil beings aren’t as evil as they seem.

Our hunter in this book was Addison, who is a Non-glam, meaning she is immune to any mind tricks a vamp tries to pull at her. I liked her. She cared deeply for her best friend Taylor, who’s a vamp by the way. Argued with Corbin and did not bow to his every wish. She could be a little bit annoying sometimes, but I didn’t care.

Corbin, our more than 400 year old vampire, is the master of a lot of vampires and the owner of Fang Bangers. He really, really want to have Addison for his own and he’s one of the few vampires who actually has control while having sex with human, so he won’t drain them.

The chemistry between Corbin and Addison was on point, sparks went flying everywhere and their sex scenes very quite hot.

I liked the story overall a lot. The only thing bothering me was the spanking scene, because I’m against public humiliation, but I get why it happened.

I recommened this book to anyone that wants to read a paranormal romance / erotica with some vampires and werewolves.