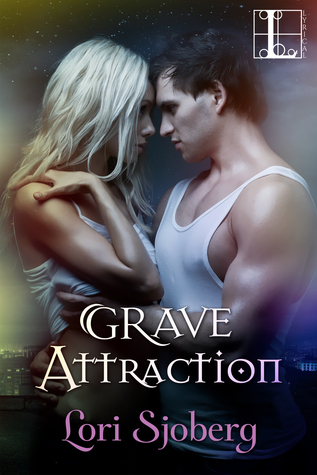 He’s a reaper who works by the book. But a sexy shifter will have him changing the course of fate just to be with her—if a killer doesn’t get to her first…

After four years as a reaper, helping souls cross into the afterlife is a job Adam Javorski has finally gotten used to. But when he arrives at the site of a serial killer’s latest victim, finding a living—not to mention gorgeous—hostage is the last thing he expects. The young woman captivates him in a way no one ever has—so much so, he breaks rule number one by helping her escape…

Marlena Walther doesn’t remember the man who rescued her. But when she sees Adam again, she recognizes him instantly as her soul mate. While the two work together to track down a killer determined to finish what he started, their undeniable attraction draws them even closer. Now Adam is the only one who can protect Marlena from a vengeful murderer—if he’s willing to sacrifice everything for her.

Normally I am a big fan of books about reapers, but though Grave Attraction was entertaining, it was kind of not all that remarkable.

Adam, the hero, was a decent guy and I liked him, but that’s all. I didn’t really had the need to know more about him and I was kind of annoyed by this whole reincarnation thing. He was kind of boring.

In comparison to Adam Marlena was … well, I found her annoying and I don’t really know why. She appeares to be a strong woman, but she had some moments where all I wanted to do was reach inside the book and shake the everloving-crap out of her.

Then the one major problem I had with the story was the non-existent chemistry between Adam and Marlena. There was just nothing. Those two together didn’t do anything for me.

Overall, I found this story had too little character development and worldbuilding and at the same time it had to much of everything else – too many villians, too many different storylines.

Maybe I’m not that satisfied with Grave Attraction because it’s the fourth book in the series and all the worldbuilding happened in the previous books and I’m missing something big.

Anyway, Grave Attraction wasn’t bad, but it wasn’t an overwhelming book, either. In my opinion, it was just average.

If you are a fan of urban fantasy you might still want to try this one out, because it was still entertaining. You could also try the first book in the series “Grave Intentions” which is currently for free on Amazon (at least on the german one, please check first, before buying).