~ The Dirt On Ninth Grave by Darynda Jones ~

In a small village in New York lives Jane Doe, a girl with no memory of who she is or where she came from. So when she is working at a diner and slowly begins to realize she can see dead people, she’s more than a little taken aback. Stranger still are the people entering her life. They seem to know things about her. Things they hide with lies and half-truths. Soon, she senses something far darker. A force that wants to cause her harm, she is sure of it. Her saving grace comes in the form of a new friend she feels she can confide in and the fry cook, a devastatingly handsome man whose smile is breathtaking and touch is scalding. He stays close, and she almost feels safe with him around.

But no one can outrun their past, and the more lies that swirl around her—even from her new and trusted friends—the more disoriented she becomes, until she is confronted by a man who claims to have been sent to kill her. Sent by the darkest force in the universe. A force that absolutely will not stop until she is dead. Thankfully, she has a Rottweiler. But that doesn’t help in her quest to find her identity and recover what she’s lost. That will take all her courage and a touch of the power she feels flowing like electricity through her veins. She almost feels sorry for him. The devil in blue jeans. The disarming fry cook who lies with every breath he takes. She will get to the bottom of what he knows if it kills her. Or him. Either way.

END_OF_DOCUMENT_TOKEN_TO_BE_REPLACED

If you love the MMA romances of Vi Kreeland and Kendall Ryan, Sidney Halston’s
Worth the Fight series will knock your socks off! In Fighting Dirty, a geek-chic cage fighter proves that appearances can be deceiving . . . and oh-so-tempting.
With his preppy clothes and horn-rimmed glasses, Enzo Silva is the last dude anyone
expects to find in a mixed martial arts gym. A wealthy Brazilian banker who never had to fight for anything, Enzo’s stuck in the amateur circuit—but he burns to make the pros. Maybe that explains the heat he feels whenever he’s around Jamie Lynn Calhoun. The pint-size, magenta-haired bartender with the Texas drawl is everything he’s not . . . and everything he craves.
Tough as nails and independent to a fault, Jamie Lynn—JL to her friends—works hard to
pay her bills and keep life simple. Enzo is doing his best to complicate that.
Even though she likes to bust his balls, he’s got some kind of a nerdy-hot vibe that makes JL wonder if she might finally be able to let her guard down. It might do the boy some good to spend some time in her world, where blood, sweat, and victory are as sweet as the first taste of real love.
BUY NOW
Amazon | B & N | Google Play | iTunes | Kobo

Meet the staff of Worth the Fight Academy

Worth the Fight Academy, or WtF, is a Mixed Martial Arts (MMA) training gym in Tarpon Springs, Florida. It is owned by Slade Martin and Francesca Silva. Slade, a former MMA heavy weight winner who can’t fight anymore because of repeated injuries to the head. It was his lifelong dream to own an MMA gym and as we learn in FULL CONTACT (Worth the Fight Series #2), he is able to buy into the gym and is now half owner. Francesca, the other owner, doesn’t quite feel as blessed to have inherited the Academy.

As we learn in BELOW THE BELT (Worth the Fight Series, #3), Francesca steps slightly away from her ownership responsibility to go to law school and Tony Marino, the overly- confident and hardheaded Cuban takes over management together with Slade. Tony is a very well-known international heavy weight champion whose arrogance and partying has the media calling him a “has-been”. He has to prove himself against a younger more serious fighter in the final fight of Below the Belt.

Cain, another fighter and trainer, is the hero from LAID OUT (Worth the Fight Series, #4). He is one of their prize fighters but he also helps train some of the newer fighters such as Enzo and Travis. Cain is a stoic ex-military special forces who can be self-destructive, sometimes fighting in dangerous underground bouts. Cain also helps Slade and Tony train some of the newer fighter such as Enzo, the hero from FIGHTING DIRTY (Worth the Fight Series #5). Enzo is different from all the other fighters in the Academy. He comes from a very privileged family who sees the sport as barbaric and beneath them. However, having grown up in Brazil, where Jiu Jitsu is such a big sport, he is fascinated by it. He has to balance training (something he loves) with his family’s business (something he hates) and sometimes training becomes secondary.

So, those are the main male characters in the books, even though there are other fighters, such as Iggy, who come around and train when they are in town.

Sidney Halston lives her life by one simple rule: “Just do it.” And that’s exactly what she did. At the age of thirty, having never written anything other than a legal brief, she picked
up a pen for the first time to pursue her dream of becoming an author. That first stroke sealed the deal, and she fell in love with writing. Halston lives in South Florida with her husband and children.
Facebook | Twitter | Website | GoodReads 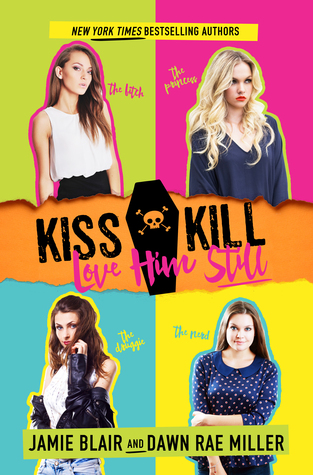 Jackson Landis kept secrets. It’s how he got girls into bed, the grades he wanted, and a reputation for being the life of the party.

But now he’s dead, and no one knows how or why. Especially not the four girls whose secrets he protected. Secrets so scandalous they could cause each girl to lose something valuable. Secrets so dark, someone may have killed for them.

The four girls – a campus drug dealer, an overweight bookworm, a closeted lesbian, and a spoiled princess have one thing in common – they’re terrified the things Jackson knew may not have died with him. As Reggie, Haddie, Val, and Livie try to piece together her own role in Jackson’s death, each girl realizes Jackson had some not-so-pretty skeletons of his own.