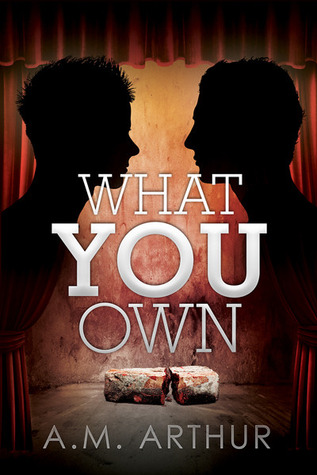 For Ryan Sanders, the Paige Community Center is more than a place where he teaches at-risk teens about musical theater. He found a sense of belonging there during one of the hardest times of his life. With the center facing a financial crisis, he’ll do whatever it takes to keep the doors open—even soliciting fundraiser donations from Langley-Quartermaine Financial.

Adam Langley has a plan: survive an internship at his father’s company, finish college, get his trust fund, and find his former high school best friend Ryan and beg his forgiveness. In that order, because if Ryan does forgive him, Adam believes he’ll finally find the courage to come out to his wealthy, bigoted father.

Adam’s carefully considered plan is shattered when Ryan appears at the office a full ten months before Adam is ready, and Ryan is just as stunned. Against his better judgment, Adam gets involved with the fundraiser—and Ryan. Old feelings won’t be denied, and as Ryan and Adam reconnect, they realize neither knows the entire truth about the horrific night three years earlier that tore their friendship apart.

What You Own is the second book I’ve read by A.M. Arthur.

The author sent me this book on Friday and I intended to only read the first two or three chapters after work since I had to work early on Saturday. But then I looked up from the book, it was 2am and I hit 100%. I was sucked into it. I didn’t even notice I read on and on.

The story of Ryan and Adam was addicting. I really liked Ryan, for being who he is and that he is not hiding even though some bad stuff happened to him in the past because he is gay. Poor boy.

When it comes to Adam, I wasn’t sure in the beginning if I would like him, but he forced me to do just that. He loved Ryan, but couldn’t state his feelings because of his father (who was an ass by the way).

The writing style was really easy and addicting. I was through way too fast, but it was definitely fun reading What You Own.