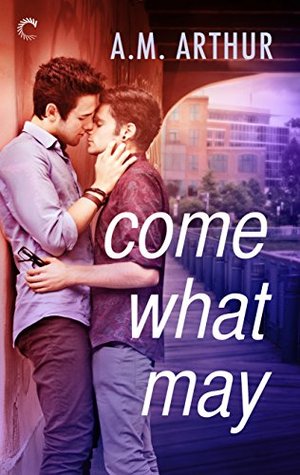 Jonas needs Tate. He just doesn’t know it yet.

Or at least, he doesn’t want to admit it. Because there is no way Jonas Ashcroft is gay. He’s a straight, carefree frat boy player, just like any good son of a conservative state senator. If only his struggle to convince everyone —especially himself— didn’t leave him so miserable. No matter how many girls or bottles he drowns himself in, Jonas can neither escape nor accept who he is.

Enter Tate. He’s smart, confident, and instantly sees right through Jonas’s surly exterior. Sure, he’s done things in life he’s not proud of, but he knows who he is and what he wants. And what he wants is Jonas. As their easy friendship intensifies into something more, Tate introduces Jonas to a life he’s never known. One filled with acceptance and sex and a love that terrifies and excites them both.

But some inner demons refuse to be shaken off so easily. When Jonas’s old life barges in, he faces a shattering choice, one that could destroy everything he and Tate have fought so hard for. Sometimes love just isn’t enough—and sometimes it’s exactly what you need.

After reading my first m/m romance Him by Elle Kennedy and Sarina Bowen and liking it, I went for the search of something equally good. I stumbled upon Come What May. I really liked the synopsis, but it wouldn’t come out for another month. So I was brave enough and asked A.M. Arthur if she would be willing to provided me with an ARC and she said: yes. Big THANK YOU for that. You rock, A.M.!

Come What May was cute and hooked me to the pages.

I liked Tate, how he was openly gay. He was this really down to earth guy who runs a shelter for homeless LGTB kids with his best friend.

Then there was Jonas, trying to be straight so much, because he wants to please his father. Throughout the story he learns to love himself for who he is and he has to make some hard choices.

Some of those hard choices include his father and mother. I wanted to hit them with a baseball bat. How could they do that? He is their son! They made me really angry and I felt so sad for Jonas.

And those supportive characters. I loved them. I want them all to be in the next book as well, especially Marc. He’s a good best friend.

Enough of me talking about the plot 😉 if you are interested read it for yourself. The writing style is really easy to get into and I read this through so quick I was kind of disappointed when I hit the last page.

I really hope to be able to read the second book in the series soon. 🙂

By the way, I think I found out what type of m/m romance I like. The ones where one of the guys is out of the closet and the other isn’t even aware or is denying his sexual orientation. Thanks for helping me figuring that out, A.M..