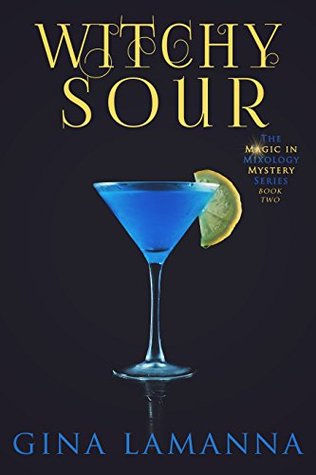 A dark stranger. A deadly potion. A school for scoundrels…

Lily Locke has barely had time to sink into her role as The Isle’s newest Mixologist, when a series of events sends her world spiraling out of control. Her vampire cousin is overtaken by a serious bout of blood intolerance issues, and the key ingredient for the antidote is missing.

Meanwhile, Zin is training day and night under the watchful eye of Grandma Hettie to break into the elite, male-dominated world of the Ranger security force, but it’s a constant uphill battle. Then, Ranger X turns Lily’s world upside down when he breaks the longstanding rules of the island and throws both her heart and her head into a tailspin.

Hooded strangers, dangerous potions, and a budding romance threaten to ruin all that Lily’s worked to achieve. Add in a stolen spellbook, and Lily’s barely able to hold her head above water.

When a body turns up on the beach, Lily must catch the murderer before a true battle begins…

This novel is a full-length, humorous cozy mystery featuring a splash of magic, a handful of witches, and a dash of romance. It’s rated PG-13 due to mild language and some romance.

***Witchy Sour, the second book in the Magic & Mixology Series, is available on Amazon for $3.99 and free on Kindle Unlimited. http://bit.ly/WitchySour

y & Los Angeles home, although she’s never quite lost her Midwestern accent. She loves whipped cream and marshmallows more than anything! When she’s not writing books, she’s often hanging out with some of the best “book buddies” on Facebook or training for a marathon.