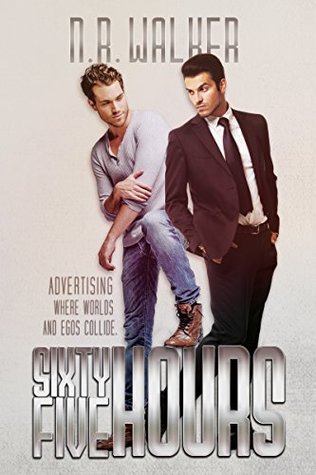 Cameron Fletcher and Lucas Hensley are advertising executives who have Sixty Five Hours to pull together the campaign of their careers.

I found this one on my Kindle (apparently I bought it when it was on sale some time ago – I think it even still is?) and I really, really liked it. I read it in on sitting. I kind of want to have those pair of socks Cameron has. Sometimes Lucas foot fetish was a bit much for me, but it was hilarious nonetheless. Sometimes the characters felt a bit too smooth for me, but it was still a perfect read for a lazy sunday.

Sixty Five Hours was funny, emotional and addicting. I will definitely be checking out some more books of this author. 🙂

N.R. Walker is an Australian author, who loves her genre of gay romance. She loves writing and spends far too much time doing it, but wouldn’t have it any other way.

She is many things; a mother, a wife, a sister, a writer. She has pretty, pretty boys who live in her head, who don’t let her sleep at night unless she gives them life with words.

She likes it when they do dirty, dirty things…but likes it even more when they fall in love.

She used to think having people in her head talking to her was weird, until one day she happened across other writers who told her it was normal.

She’s been writing ever since…