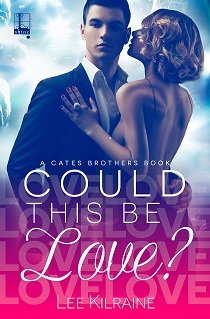 Everyone in Climax, North Carolina, knows the Cates brothers. But Sijan Cates is famous far beyond his quaint hometown–and when he comes back, he brings trouble with him…

Avery Danford urgently needs to get back in touch with her estranged family. If only she could get her picture in the papers, maybe they’d track her down…and what better way to accomplish that than to squeeze into the world’s tightest dress and cozy up to the world’s hottest actor, Sijan Cates? It’s a crazy idea, but it just might work. And though the former actress has sworn off Hollywood hunks, she’s got to admit this desperate measure might be a pleasure…

Scandal-plagued Sijan has come home for some peace and quiet–and to stay out of the tabloids. Then a woman claiming to be his number-one fan plants a hot kiss on him–in front of a pack of paparazzi. There’s only one way to protect his reputation: tell the world they’re engaged. It’s all just a show, as they use each other to get what they need. But in this sleepy Southern town, love stories have a way of coming true…

I received this book through NetGalley some time ago and started it shortly after, but the first few pages couldn’t grab me, so I put it aside for later. Later sadly didn’t come for quite a while. I just needed some time and motivation to get myself to read more of it. Thankfully I did. After the initial boredom this book actually was pretty good.

It had some funny scenes, the two main characters, as well as the supportive characters, were really relatable and the romance was really sweet. I was totally rooting for Sijan and Avery. Sometimes the drama was a bit much, but I loved how all was solved in the end. Also this book as some plot holes, but they were minor enough for me, because they only regarded what was told to the press.

I’m normally not into books that deal with Hollywood and fame, but I have to be honest and say I solely requested this because of the cover. The cover is absolutely gorgeous. I know some people have something against people on the cover, but I actually like people on them, if it is nicely done, which is the case here.

Before Could This Be Love? I haven’t heard about Lee Kilraine, but I will be sure to check out her other work as well as her future books in the Cates brothers series. Also I hope for a certain someone to get a book.

Lee Kilraine is a 2014 Golden Heart® Finalist for her debut contemporary romance, BRINGING DELANEY HOME, the first book in her Cates Brothers Series. If you enjoy Quinn’s story, she hopes you’ll be on the lookout for his brothers, Sijan and Tynan. She loves reading and writing stories with a HEA and if they make her laugh…well, that’s perfect.

Lee lives in the pine woods of North Carolina. When she isn’t typing away on her computer with her golden retriever, Harley, destroying something at her feet, you might find her on her front porch swing plotting her next book while guarding her garden from the local gang of deer. She has a weakness for dogs, bacon cheeseburgers, red wine and Alpha heroes.