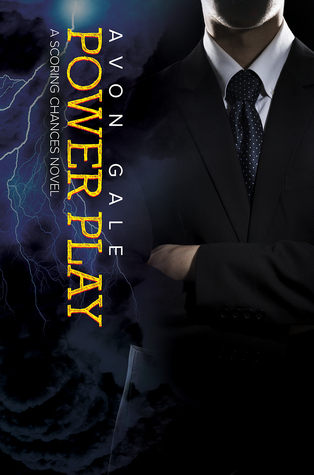 A freak accident during the Stanley Cup Playoffs put an end to Max Ashford’s hockey career. Despite everything, Max gets back into the game he loves—only this time, behind the bench as an assistant coach of the Spartanburg Spitfires, the worst team in the entire league. But nothing prepares him for the shock when he learns the new head coach is Misha Samarin, the man who caused Max’s accident.

After spending years guilt ridden for his part in Max’s accident, Russian native Misha Samarin has no idea what to do when he’s confronted with Max’s presence. Max’s optimism plays havoc with Misha’s equilibrium—as does the fierce attraction that springs up between them.

Not only must they navigate Misha’s remorse and a past he’s spent a lifetime trying to forget, but also a sleazy GM who is determined to use their history as a marketing hook. But when an unwelcome visitor targets a player, Misha revisits his darkest days, and that might cost him and Max the beginning they’ve worked so hard to build.

You might have realized that I’m currently on a M/M book reading trip and that’s absolutely true, just look at my last three reviews. LOL. Anyway, I just read all five books of the Scoring Chances series in less than four days. Admittedly in a weird order, but still, I inhaled them. I wanted to save one for new year’s eve, because I’m not that big on fireworks, but I gave in and I just finished the last one.

Because I read all five of them in that quick of a period I thought to myself I couldn’t possibly review them all, because first all those reviews would sound the same: me gushing about the book, and second I decided to just write a review about the one book of the series that made me realize something about the books I usually read.

What’s that, you’re wondering? Well, this book opened my eyes about the fact that I never – at least I can’t remember – read a book in which the two characters of the couple did not share the same first language. Yes, you might find that silly, but that really shocked me. Sure, I read a lot of books where the characters are from different countries, but their primary language is still english. Not as much in this book: Misha’s first language is russian and  although his english is really good, sometimes he gets things wrong and that was funny, also I really could relate. My first language isn’t english either, in case you haven’t noticed that yet, even though I pretty much butcher the english language with my wrong use of commas (what is the plural of comma, I’m not quite sure in english) and grammar overall. LOL.

Site note: Am I the only one that read Misha’s spoken words with a russian accent in her head the ENTIRE book? Nope? Just me… ok, I’m weird, but I really did that and not even on purpose, it just … happened and I had fun doing it. Gave Misha’s character even more dimension.

Anyway, I was talking about the book, not me. I should get back on track.

I really loved Power Play for its humour, the fact how the whole relationship between the characters played out and for the characters especially. This is one of those book where I wish I could  have amnesia, so I could forget about it and read it anew like it was the first time.

The relationship between Max and Misha was lovely and I loved the fact that Max never blamed Misha for what happened in the past. Also Drake was another one of my favourites and I was glad to read his story right after Power Play.

If you like reading M/M books, I absolutely recommend this whole series. Read them in a weird order or the right one, does not matter the slightest. Trust me, I know. Yes, you see previous characters here and there when you start at the end of that order – like I did – but they are still all stand-alones. In my opinion.

The rules of the game don’t apply off the field in this first Barons novel.

New York Barons tight end Gavin Brawley is suspended from the team and on house arrest after a video of him brawling goes viral. Gavin already has a reputation as a jerk with a temper on and off the field—which doesn’t help him once he finds himself on the wrong side of the law. And while he’s been successful professionally, he’s never been lucky when it comes to love.

Noah Monroe is a recent college grad looking for a job—any job—to pay off his mounting student debt. Working as Gavin’s personal assistant/babysitter seems like easy money. But Noah isn’t prepared for the electrifying tension between him and the football player. He’s not sure if he’d rather argue with Gavin or tackle him to the floor. But both men know the score, and neither is sure what will happen once Gavin’s timeout is over…

Illegal Contact was recommened by Amazon to me. Those recommendations can turn out in multiple ways, but most of the times – at least for me – it leaves me with a meh feeling. But this time Amazon actually nailed it.

I really loved reading Illegal Contact. The banter between the two characters was funny and I loved that their relationship was a slow-burner. It took half the book till something even slightly sexual happened between Gavin and Noah and I loved it, because I’m so done with insta-love stories.

The writing style of Santino Hassell was really good and sucked me in with the first page. I would have probably finished the book in one sitting, but I decided to pick it up at nearly 1am. Why do I always to that? Hehe.

The characters Santino Hassell created were not what I expected. To be quite honest, after reading the synopsis I was pretty sure I would only tolerate Gavin, because I was sure he would not quit being an Jerk, but I was wrong. I even loved him more than Noah, who was adorable by the way.

I’m normally not really into the kind of twist this book had, but it made sense for once, because this had to happen with their type of situation.

The ending was interesting and I can’t wait for book #2, which is called Down By Contact and will star a side character from this book.

I will definitely check out more books by Santino Hassell and I have a feeling he will quickly become one of my auto-buy authors. 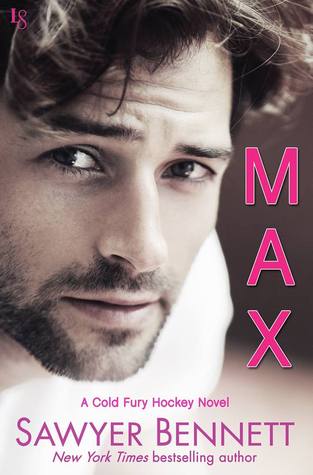 Max is the sixth book in the Cold Fury Hockey series and I can say it totally blew me away, but I love ice hockey and I absolutely loved Max, the character. He was perfect and sadly I probably will never find a guy with his character in real life. LOL. The reason I can’t give this book 4 or even 4,5 stars is the heroine, Julianne.

She was an really, really ungrateful. Whenever Max wanted to help her in any way, she said no. Also the reasons why she pushes him away were just plain, old stupid. I couldn’t deal with her. Max deserved better, even though in the end she got a bit more tolerable.

There was the tiniest bit of drama in this, otherwise it was a cute, light afternoon read. 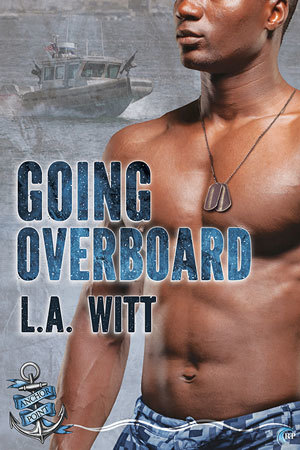 Going Overboard is the fifth book in the Anchor Point series and the first one of it that I read.

I previously read a different series by L.A. Witt and really liked that and while I also liked the writing style in Going Overboard, I was kind of… do I dare to say it… bored by this book.

I really liked the transition of Dalton and Chris’ friendship to a romantic relationship – I’ve always been a sucker for friend-to-lover books – but that’s about it. Regarding all other aspects of the story I was utterly bored, which makes me kinda sad, because this book had promise.

So all in all this book was just average for me. 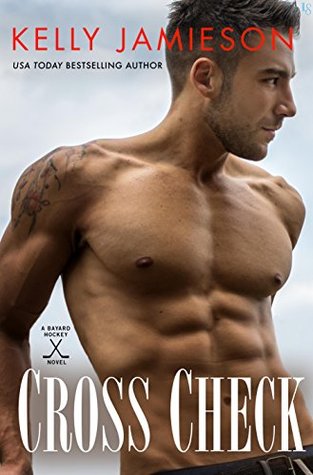 Cross Check is the second book in the Bayard Hockey series.

I really liked reading it. It had funny and light scenes, but also touched  the darker aspects of life. Also its a enemies-to-lover story, I’m totally down for those. Huge fan. The sparks between Ben and Ella were on point.

Although the big fight that Ella and Ben had near the end was kind of stupid and unnecessary in my opinion, but I get the need for it.

Overall it was a good read and who can hate books about ice hockey and romance. I know I can’t. Love me some ice hockey. 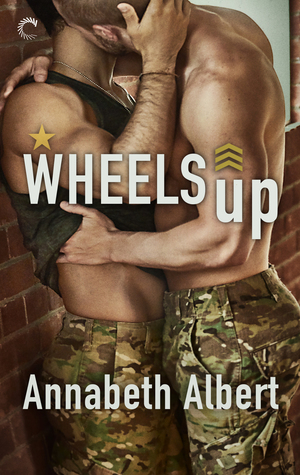 Wheels Up by Annabeth Albert (Review copy provided by Netgalley)

Wheels Up is the fourth installment in the Out of Uniform series by Annabeth Albert and while I liked it, I didn’t like it as much as the previous three books. The main reason for the might be the fact that I never was into the whole boss and subordinate thing, which this absolutely is. Another thiny reason is that it took a really big part of the book for me to warm up to Dustin. I don’t really know why.

Overall I still enjoyed this and will definitely read the next book in the series, if there’s another one. 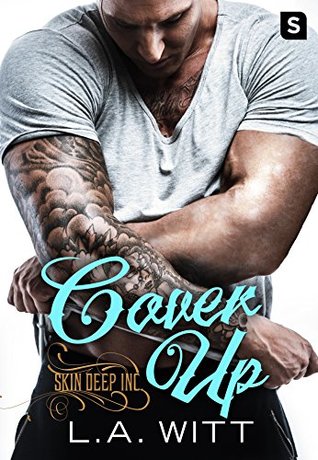 Cover Up by L.A. Witt (Review copy provided by NetGalley)

Cover Up is the third book in the Skin Deep series about tattoo artists and their significant other.

I really loved this book. Lucas and Nate were a cute couple and I was glad to see that Nate got an happy ending, after the way we left him in the previous book.

I always find it easier to point out what I didn’t like about a book, and since I pretty much liked everything about Cover Up my review will end here. I was missing one little thing about this book, but I can’t really pinpoint what, so I’m just going to let that slide. 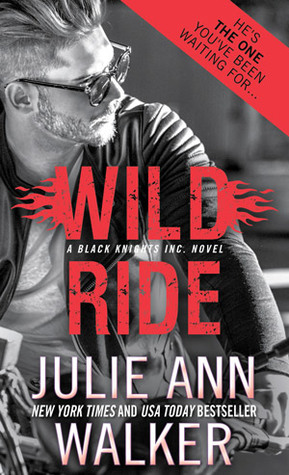 Wild Ride is the ninth installment in the Black Knights Inc. series and probably my least favourite, even though I loved Ozzie, the hero, and the action. Also the banter between the characters, that’s always funny.

Another thing that bothered me was the ending. It felt to me like the author didn’t had enough pages left, but had to put all the stuff down anyway. The ending felt rushed. 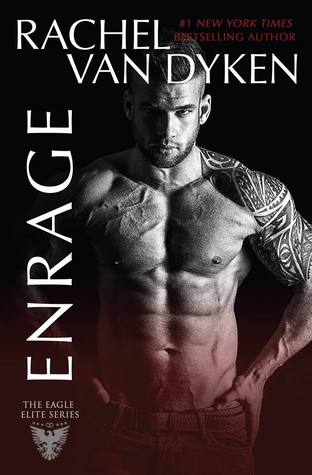 I still remember when I started the first book in the series and thought to myself if I could possibly like this series, because this normally isn’t my piece of cake. But here I am, reading book 8 and loving it more than ever.

The whole series grows darker and darker with each installment and if you have a weak stomach I wouldn’t recommend it, but if you love mafia books and all that comes with them, these are totally for you.

Also that twist at the end, totally did not see that coming, let me tell you that.

I personally can’t wait for the next installment “Eulogy” which comes out in February next year.