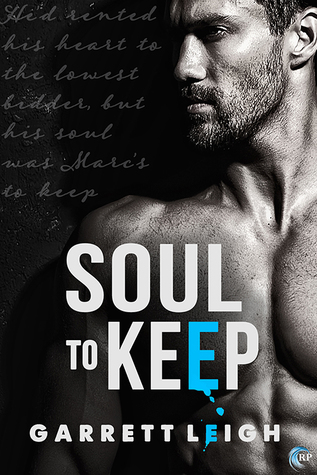 Recovering addict Jamie Yorke has returned to England from California. With no home or family to speak of, he sticks a pin in a map and finds a small town in the Derbyshire Peak District. Matlock Bath is a quiet place—he just needs to get there, keep his head down, and stay clean. Simple, right? Until a chance meeting on the flight home alters the course of his so-called life forever.

Ex-Army medic Marc Ramsey is recovering from life-changing combat injuries while pulling nights as a trauma specialist at the local hospital. Keeping busy is a habit he can’t quit, but when Jamie—so wild and beautiful—bursts into his life, working himself into the ground isn’t as compelling as it used to be.

Marc falls hard, but chaos lurks behind Jamie’s fragile facade. He’s winning his battle against addiction, but another old foe is slowly consuming him. Both men have weathered many storms, but the path to the peace they deserve might prove the roughest ride yet.

Soul To Keep is the first book by Garrett Leigh I read and I’m quite sure it won’t be the last one. Also it is the second book in the Rented Heart series, but can perfectly be read as a stand-alone in my honest opinion, because that’s what I did. I might have missed some backstory about Jamie and Zac (main character from the previous book), but I didn’t need it to understand Soul To Keep, so no harm in not knowing the first book.

Garrett Leigh’s characters were quite broken. Marc not as much as Jamie, but he also struggles. Both, Jamie and Marc, had to fight with some sort of darkness in their life and I like, how after meeting and getting to know each other, they complemented each other. Their relationship started off as some sort of friendship and morphed into a romantical relationship. What I loved about that relationship as well was that it was quite a slowburner. The first time they really had sex was at 80% of the book. Don’t understand that wrong, they did make out a bit before that with BJs and stuff like that, but it took some time till they had the real deal. Nowadays I feel like most of the books have the first sex scene in the first 30% and sometimes it feels totally unnatural, more like it’s a requirement to have one that early. So I was glad that was not the case in Soul To Keep.

I also liked how Garrett Leigh dealed with Jamie’s addiction and other problems and didn’t totally make them disappear at the end of the book, because that’s not really the way that works. That little conflict Marc and Jamie had near the end also made perfectly sense, because of Jamie’s past.

Also this book had quite a lot of angst, mostly from Jamie’s POV. Marc was more relaxed in that manner, because he already had enough years to deal with his problems, but I liked to read from both POV’s. That’s always my favourite, because this way I can experience the feelings from both sides of the story.

I absolutely recommend this book, if you are looking for an angsty, but at the same time cute and slowburner-y book to fill some of your hours.