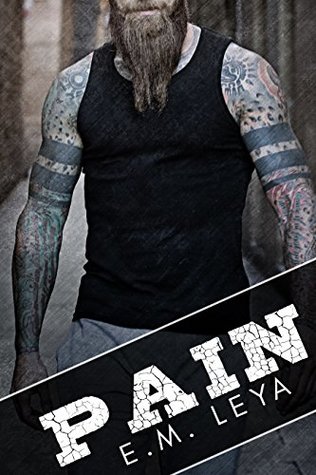 When his daughter is kidnapped, Matt’s life screeches to a halt. He would do anything to get his daughter back, but first he needs to find her. When the police exhaust all possible leads, Matt does the only thing he can do — he uses his hacking skills to infiltrate the dark web. Torn, he desperately hopes he finds a lead on his daughter among the heartbreaking details he comes across, yet prays she isn’t one of the countless children being victimized for thousands to watch.

Xander is a tough, bearded, tattooed pedophile hunter, working for a team who takes down some of the most dangerous people in the country. He doesn’t have time for love or relationships, at least until he meets Matt. Xander’s never let anyone get close, but there is something about Matt that draws him in, and it’s more than just concern for his daughter.

Xander and Matt come together explosively, both searching for a distraction from the darkness they face, but what they didn’t expect were feelings to form. Matt finds himself leaning on Xander and his team for support, while doing what he can to help them find and protect other children from the darkness creeping into their world, never once giving up hope that they’ll get a lead on his daughter.

One phone call threatens to change everything, and when faced with a new reality, the two of them must decide if what they have is worth fighting for. What they need to realize is, sometimes finding the one person who calms you can make it all worthwhile.

I wasn’t quite sure if I should write a full-length review for Pain or Secret (the second book of the Save The Kids series). In the end I decided to go with the first book, Pain, because that is normally the book you start a series with, right? If you’re not me, that is. I, of course, started with the second book first, like usually. I don’t know when I finally will be able to pick up the first book in a series first. Maybe it will happen someday. But because of this, I can always tell you if a book is readable without needing to read the other books of a series. Both, Pain and Secret, are perfectly fine to be read as stand-alones.

I will say that this series isn’t for someone who’s squeamish and doesn’t want to read violent scenes, there are some here. Child abuse is also talked about, but the actual abuse happens off page.

I really liked the writing style and the dynamics between the characters. Also poor Faith, she was so strong and I loved her relationship with Xander, I loved that guy, don’t judge me 😉

I also loved how Xander and Matt’s casual relationship slowly drifted off to a serious relationship without them even noticing at first. Those two were cute.

I will definitely pick up the third book in the series, if there will be one. I sincerely hope so. No idea what characters it will be about though, maybe Dyson and a new character?