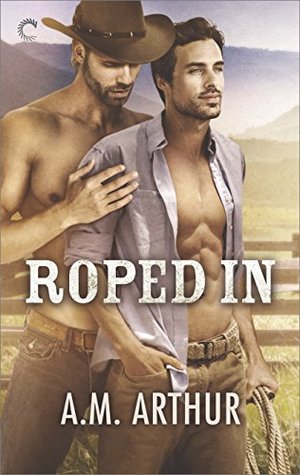 At Clean Slate Ranch, the men are rugged, the trails are rocky and lassos aren’t only used for roping horses

For Colt Woods, Clean Slate Ranch is home. The dude ranch in Northern California helped him heal from a devastating breakup. So when his ex-Dom, the man who broke his heart, waltzes onto the ranch, Colt doesn’t know how to deal.

A research job at a nearby ghost town brings history PhD Avery Hendrix to Clean Slate. He’s not in town forever, but it doesn’t take long for him to feel the familiar draw to Colt. When they find out they’ll be sharing a cabin on the ranch, it’s all Avery can do to stop himself from bending Colt over a saddle right then and there.

In such close proximity, Colt’s and Avery’s old feelings come galloping back. Soon Colt is doing his master’s bidding again and loving every moment of it. And the pair may be in for the ride of their lives—if the dedicated professor and his rugged cowboy can learn to trust again.

The other parts of the story I absolutely liked. How Colt had to deal with that big secret of him that’s now out of the bag, and no, I’m not talking about him being gay. That we already knew. You know what secret I’m talking about, if you read book one. Which you absolutely don’t need to have done, before reading Roped In, just saying. The whole dynamics between the different characters I also really liked. 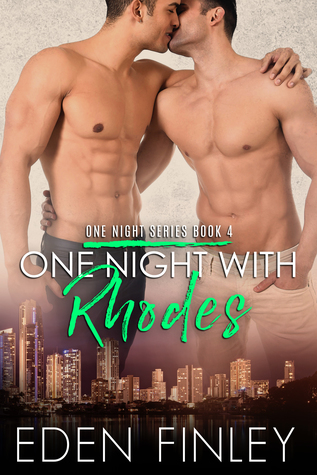 One Night with Rhodes
(One Night Series #4)
by Eden Finley
ebook
Publication Date: May 22nd 2017
>> Review copy provided by the author in exchange for my honest opinion <<

Blair Rhodes considers himself an equal opportunity player. He knew from a young age that he wasn’t entirely straight. Ogling his best friend’s older brother was the first thing that tipped him off. But Garrett Erikson is off limits. Always has been. Garrett is as straight as they come.

Garrett’s reputation as a womaniser precedes him, but it’s not who he is. Not even close. And when Blair turns up on his doorstep, heartbroken over a breakup, Garrett knows it’s a bad idea to go drinking with him.

One night is all it takes for everything to change.

For the past ten years, Garrett’s denied his desires to everyone, including himself.
And as much as Blair wants to be the guy Garrett needs, he needs to protect his own heart. Like his ex-boyfriend always told him: “Never mess with the straight ones. It only leads to trouble.”

One Night with Rhodes is my second book by Eden Finley, the first one was Fake Out (totally recommend this one, btw).

I will say right away that I loved One Night with Rhodes, except for one tiny things. That thing was this: The first chapter played in 2016, the chapters after that played in the time from 2011 till 2016, for a really big part of the book. I think it took to around 90% till we caught up to that first scene. And while I absolutely did not mind that, it still felt a bit flashback-like. I think if the first chapter wasn’t there I wouldn’t have had that problem. This is me nitpicking by the way, I read the whole thing till 4:30am in the morning, so that should tell you everything.

By the way in case you are considering reading this book, please know that the relationship between Garrett and Blair is an on/off-relationship, so if you don’t want to see the main couple with different partners throughtout this book (only in the off-phase though), this book probably isn’t for you. Just saying.

Blair was a really nice, considerate and patient guy, he didn’t push and I really loved him. Garrett on the other hand, while I also loved him, I wanted to hit him on the head from time to time, just because some of the things he’s done. I get it, but still, sometimes I want the ability to reach into a book and shake some sense into the characters. Who wouldn’t like to have that ability though? 🙂 These two had a lot of ups-and-downs, but I loved those.

If you are into M/M romances, where one of the guy is closeted, with an on/off relationship, this probably is your piece of cake. Did I mention their crazy family/friends? Hilarious. And the sarcasm. I love sarcasm. You might want to give One Night with Rhodes a try.