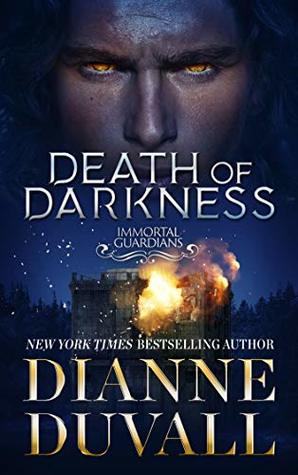 Seth has led the Immortal Guardians for thousands of years. With them fighting by his side, he has protected humans from psychotic vampires, defeated corrupt mercenary armies, defended military bases under attack, and more. But the latest enemy to rise against the Immortal Guardians has proven to be a formidable one, wielding almost as much power as Seth. His goal is simple. He wants to watch the world burn. And he will use every means at his disposal to accomplish it. Seth and his Immortal Guardians have succeeded thus far in staving off Armageddon despite heartbreaking losses. But they have never before faced such danger. Seth has only one wish: to protect his Immortal Guardians family and ensure the continuation of humanity by defeating his foe. But then Leah walks into his life and sparks a new desire.

Leah Somerson has suffered losses of her own. It has taken her a long time to rebuild her life and find some semblance of peace. Then one night a tall, dark, powerful immortal with what appears to be the weight of the world on his shoulders stumbles into her shop, and everything changes. Peace and contentment are no longer enough. Now she wants more. She wants to find happiness. She wants to erase the darkness in Seth’s eyes and replace it with love and laughter. She knows he’s different in ways that make most fear him. Even some of his immortal brethren keep a careful distance. But Leah will not. Nor will she shy away when danger strikes.

Have you ever opened a highly anticipated book and hesitated a moment when you hit the table of contents. Thinking to yourself “what if it disappoints me. What then?”. Of course, in hindsight that fear was totally uncalled for and totally irrational.

Death of Darkness was – for the lack of a better word to convey my feelings – AWESOME! (yes, in capital letters).

I cried, laughed, cried some more, was shocked to my core, did I mention the crying?

I’m not even sure why I cried that much. Death of Darkness isn’t that sad. Sure, it has its sad moments, but overall it’s quite funny and I’m usually not a crier. Maybe it was because I was exhausted as I read the book till 5:30am and had to wake up two hours later. Maybe I was crying for my lack of upcoming sleep and the fact that the first thing I had in the morning was math. Math on a sleep deprived brain is not a good combination, let me tell you. I nearly fell asleep in class.

I originally had 2.5 hours of sleep available but I had to reminisce a bit more in the feeling of having read a fantastic book. So it shrunk to only 2 hours. Whoops.

Anyway, Death of Darkness not only met my expectations. It exceeded them by far. I’m even going so far to name it my favourite book of 2019, even though I’m still waiting for some releases in these last few month of 2019. It definitely takes the top.

The twists and turns kept me on the edge of my seat (maybe I should said on the edge of my bed? As that is were I read) Normally I’m mostly able to guess what twist will accure in a book but Death of Darkness kept me guessing and I loved that.

Did I mention that this – do I dare call it masterpiece? Yes, I do – is 600+ pages long and it did absolutely not feel like it. I’m actually quite impressed with myself that I finished the book in five and a half hours.

Dianne Duvall did Seth justice. Many questions, we as the readers had, were answered. Also I absolutely loved and adored Leah. Her brand of humor was on-point.

I loved to see more Zach and Seth interaction. I always loved those two together and I have to apologize to Zach, because he now has to share his number one spot with Seth. I’m totally allowed to love both, right?

The one thing I have in mind now is that Dianne Duvall set the bar for herself and her next book quite high. I’m quite curious to see who the next book will be about.

Also can we talk about that mini cliffhanger. That was mean, Dianne! Really, really mean. I’m giving you the stink eye right now. Lol

Did I also mentioned I just bought the audio book version as well? That says a lot about my love for this book, because I find English audio books sometimes hard to listen to and usually only buy my absolute favourite books in English (if they are not available as German audio books).

Now the only thing I have to decide is whether I reread it again today, start listening to the audio book, take some nap time or learn for my upcoming exams. The struggle is real, folks.

Also here is my favourite quote, which makes absolutely no sense without context. Just know that it made me laugh hard. So enjoy 🙂

“Well then, boys, you’d better put your rain boots on. Because monsoon season is coming.”

Rating: 6 stars out of 5 stars